“The awards announced today will fund a variety of school safety equipment and programs that will help ensure student success in supportive and safe environments,” said Acting COPS Director Robert Chapman in a press release. 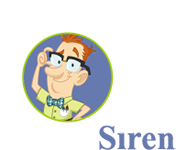